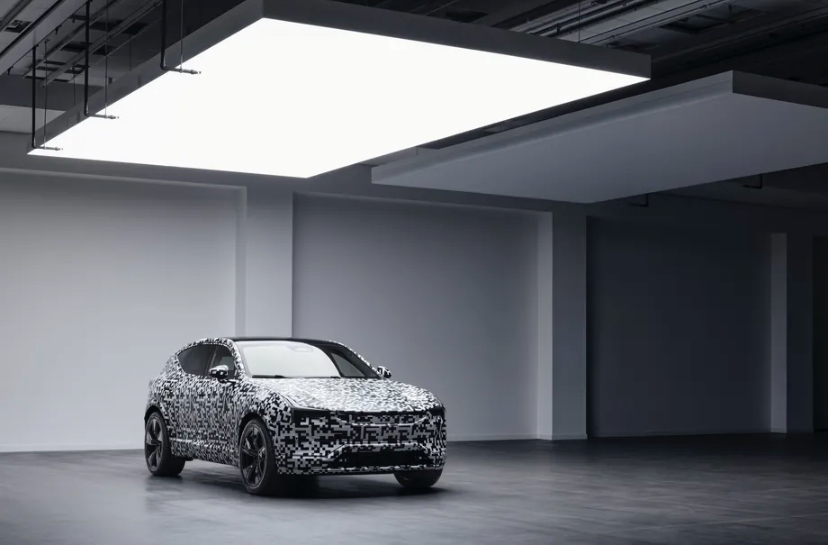 Polestar offered a glimpse of its upcoming electric SUV, the Polestar 3, which will be the Volvo performance sub-brand’s first car manufactured in the United States.

The SUV, which is expected to roll out in 2022, will slot into the premium category, putting it in competition with EVs like the Tesla Model X, Audi E-tron, Mercedes-Benz EQC, Rivian R1S, and Fisker Ocean. Notably, the Polestar will be assembled at Volvo’s factory in Charleston, South Carolina, giving it the distinction of being the company’s first EV made on US soil.

“We will build in America for Americans,” says Thomas Ingenlath, Polestar CEO.

In addition to be being a higher-riding vehicle than the Polestar 2 fastback sedan, the Polestar 3 will also include a partially autonomous driving system for highway driving. That will be thanks to the inclusion of a lidar sensor from supplier Luminar, which is also providing components for hands-free highway driving to Volvo.

Volvo has said that it will roll out Highway Pilot as part of its next big platform update, the Scalable Product Architecture (SPA2), which will arrive with the next-generation XC90 SUV and Polestar 3 in 2022. SPA2 will also underpin the XC40 Recharge and the C40 Recharge.

Polestar, which started out as the performance sub-brand of Volvo, has emerged as one of the more interesting EV companies on the market in recent years. The company, which is jointly owned by Volvo and Volvo’s parent company, Geely, recently announced plans to go publicby merging with a special acquisition company, or SPAC.

Polestar has only released two vehicles so far: the $155,000 hybrid coupe Polestar 1 and the all-electric fastback sedan Polestar 2. That lineup will grow with the release of the Polestar 3 SUV in 2022, the Polestar 4 compact SUV in 2023, and the Polestar 5 (née Precept) sports sedan in 2024.

We still don’t have the relevant specs for the Polestar 3, including price, battery size, range, and motor configuration. For what it’s worth, the Polestar 2 sports a 78kWh battery pack, which enables 291 miles (470 kilometers) of range. The electric motor puts off 408 horsepower, allowing for a 0–60 time in under five seconds.

The vehicle was teased during a Manhattan event updating investors on Polestar’s three-year business plan.